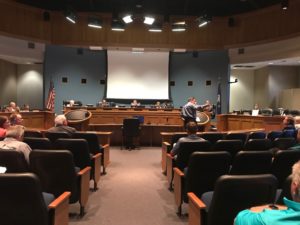 I-49 South Coalition Chairman David Mann thanked DOTD and the Legislature for continued progress on the I-49 South corridor, and stressed the importance of bringing the remaining portions of U.S. 90 up to interstate standards.